A while ago I upgraded my Commodore 128 by installing JiffyDOS. This is a fairly straight forward procedure - obtain EPROMs, burn the (legally obtained) JiffyDOS images and swap out the C64 and C128 kernal ROMs with the new versions. I wanted to be able to switch out JiffyDOS, just in case, so I used EPROMs twice as large and installed a switch that would pull the right address line high on each IC.

Yeah, I'm not really sure why I used two pull-up resistors - the switch controls an address line on both ICs at the same time, so that's kind of wasteful. Anyway, it worked fine.

This Commodore 128 is an older model, the kernal and BASIC ROMs are the first revisions and not the later, bug-fixed versions. But you don't install the old versions when you replace the ICs, do you? That would make no sense. By upgrading the kernals I now had a Franken128 with new kernals and old BASICs. That's easy to fix, just replace the two BASIC ROMs with two new EPROMs, right? Right.

But it turns out there's a better way. The Commodore 128DCR (128D, cost reduced) only uses two ROMs, not four. The old 128 also supports this mode via jumpers - almost. There's a slight hardware bug, but that's easy to work around.

This layout is easily produced by concatenating these ROM images:

Using MS-DOS, it's as simple as

All in all, there are three jumpers that let us put the 128 into the two ROMs mode.

Let's get to work! J3 is easily located and closed: 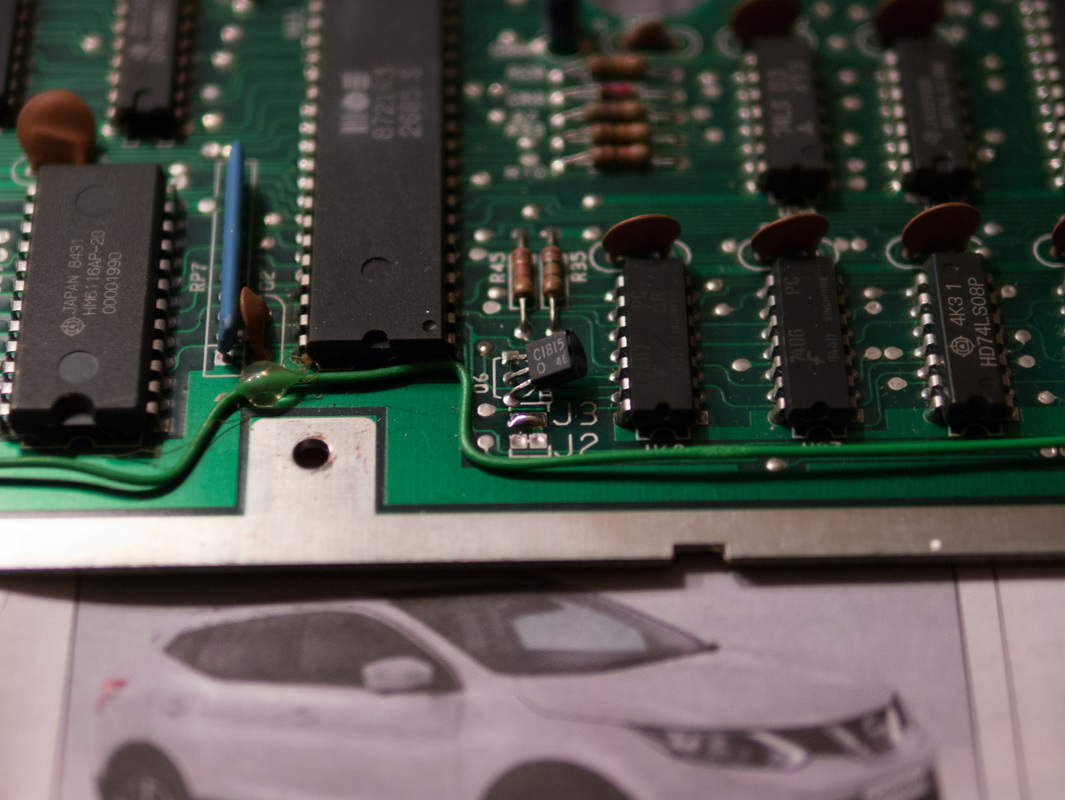 J6 is pretty easy too: 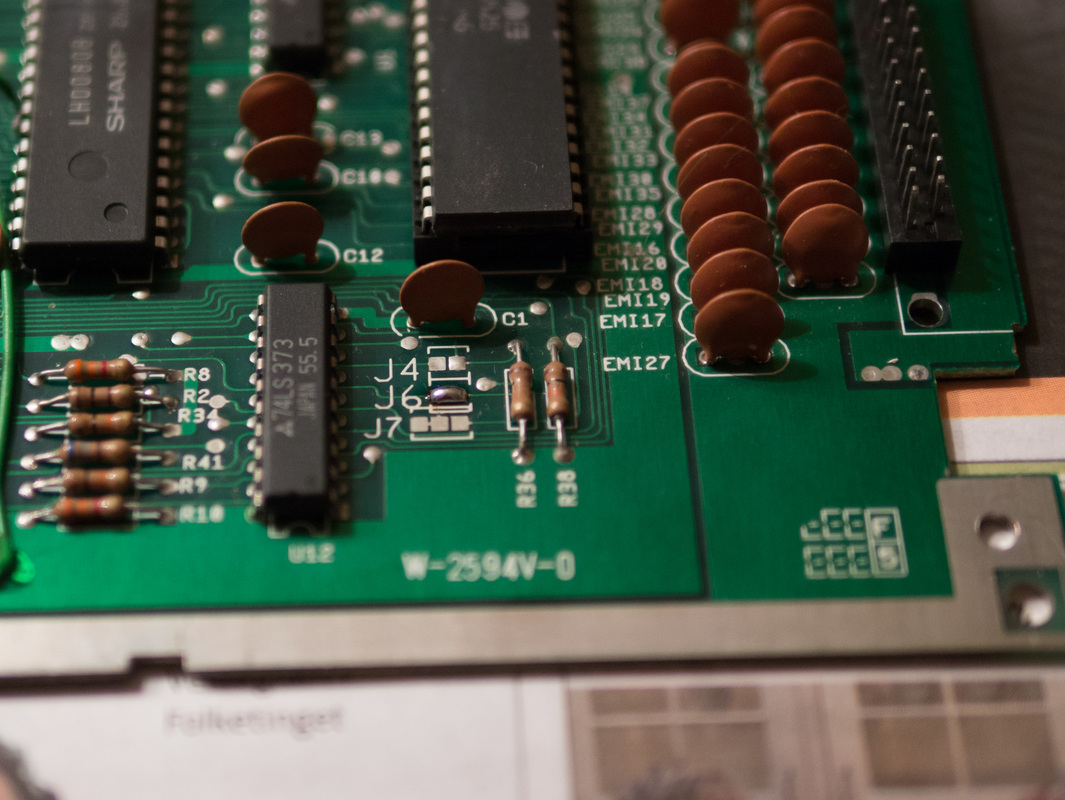 But for our troublesome friend, J4, I chose to keep things neat and installed a wire on the solder side of the board. A15 can be found in many places (probe around using a multimeter or trace lines from the CPU), here I got it from a nearby via. The J4 pad closest to the edge of the board is the one that goes to U34. 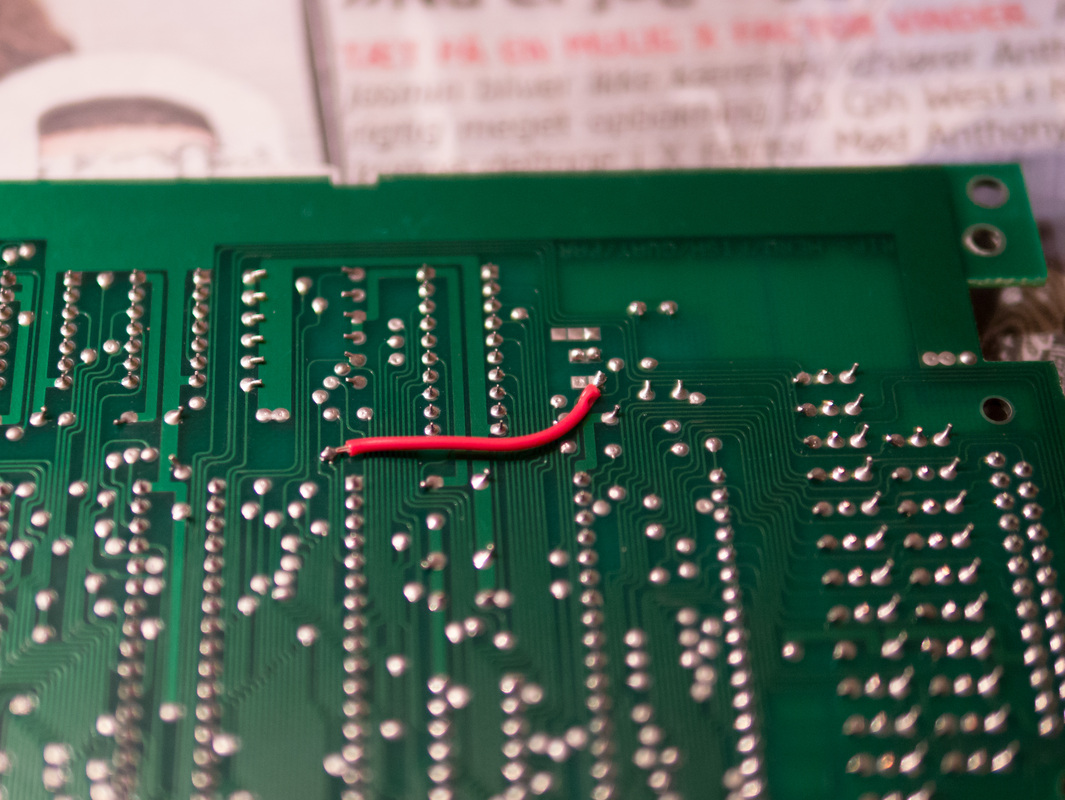 The C128 is now ready for the bigger ROMs.

To be able to switch in JiffyDOS, all that remains is to solder a 4.7k pull-up resistor between pin 28 (VCC) and pin 1 (A15) on the U32 ROM, and a switch between pin 1 and pin 14 (GND). A15 is then pulled high, and JiffyDOS switched in, until the switch is closed and A15 goes low. When seating the chip in the socket, pin 1 should be bent out slightly (or cut off) so it doesn't make contact with the socket, as the board supplies 5V to it. 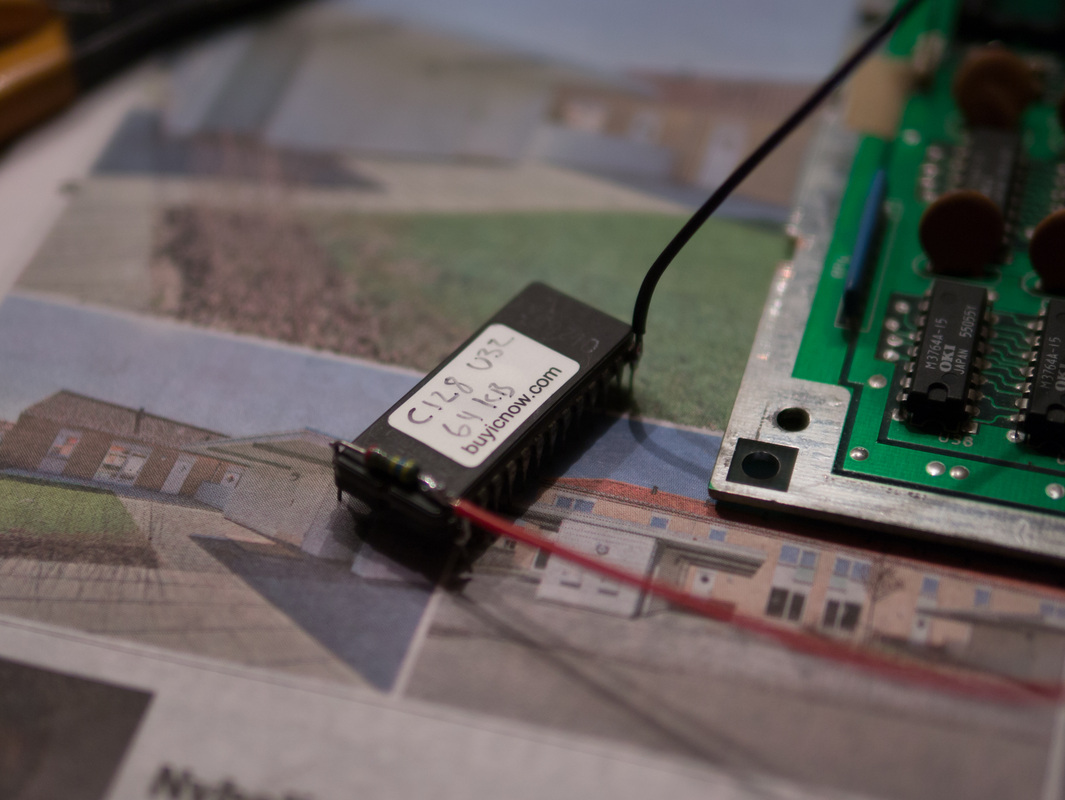 That's it, install the two ICs and the Commodore 128 now uses a little less power and produces less heat.